One of the 388 sites included on Virginia's Civil War Trail, Radford's Battle of New River Bridge marker can be found at the far west end of Bisset Park along the New River (off Route 11).

On May 9, 1864, the Battle of Cloyd's Farm was fought in neighboring Pulaski County and the victorious Union forces proceeded to the west side of the New River. Determined to make a stand at the New River Bridge, Confederate soldiers staked their claim on the southeast side of the river. For three hours both sides battled for control of the bridge. It was during this time that many railroad buildings and private homes in Radford (known at the time as Central) were hit by Federal cannon fire.

Arnheim, the home of City founder Dr. John Blair Radford, was repeatedly shelled during the cannonade, as the Yankees mistakenly assumed this to be the Confederate headquarters. Union soldiers entered the home afterward but left without looting or vandalizing any of its contents, presumably because guns and silver had been hidden the day before in a cave in nearby Connelly's Run (Wildwood Park). Neighbors were eventually able to get inside Arnheim, only to find Mrs. Radford calmly knitting.

Interestingly, one of the few casualties incurred by either side of the battle happened when a trooper under Union Colonel (and future U.S. President) Rutherford B. Hayes refused to take refuge in one of the sinkholes near the north end of the railroad bridge. Hayes is quoted as telling the following story:

"There was a large lime stone sink hole in which I ordered the men to lie down. All obeyed promptly except one dismounted cavalryman who in a pert and saucy way turned to me and said, 'Why don't you get off your horse and hide too?' On my repeating the order, the cavalryman replied, 'I'll get down when you do.' Just as I was insisting on his obeying the order a shell burst near us - the cavalryman was fatally and shockingly wounded and was then discovered to be a woman. She died almost instantly."

With Confederate fire decreasing as their ammunition stores ran low, Union commanders ordered the bridge burned. Flames rapidly engulfed the dry structure and Federal troops lined up long the bluffs to cheer while the regimental band played a stirring tune until the bridge collapsed into the New River.

But the destruction of the New River Bridge turned out to not be of long-term consequence. Union forces had failed to bring explosives to blow up its foundation, so only the wooden superstructure was destroyed in the fire. Within five weeks of the battle, resourceful Confederate troops had the span completely rebuilt, this time using fire-resistant green timber. Despite a later attempt to burn the bridge, it would not ignite and survived to the end of the war.(x)

(x) All information from: "Geology and the Civil War in Southwestern Virginia: Union Raiders in the New River Valley, May 1864." Commonwealth of Virginia, Department of Mines, Minerals, and Energy, November 1997. 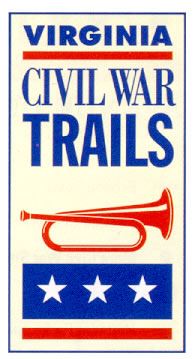